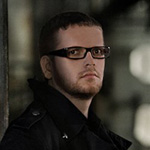 Alexander Kowalski has come a long way. A techno producer and live performer since 1997, he has racked up an impressive volume of work including four solo albums, countless singles and remixes. It all began in the early 90’s in Berlin as Kowalski caught wind of the first techno releases that found their way over from Detroit and New York. Soon he was producing his own material and making his debut live appearances at Berlin’s premier techno club Tresor. It was here that he got in touch with Pacou, resulting in his first releases on the Tresor label under the pseudonym DisX3. Around that time, he also teamed up with Stassy of Sender Berlin in a collaboration called Double X.

Topic of presentation: Music as media, crowd engagement at electronic music events, what can we expect from the techno music in the future.